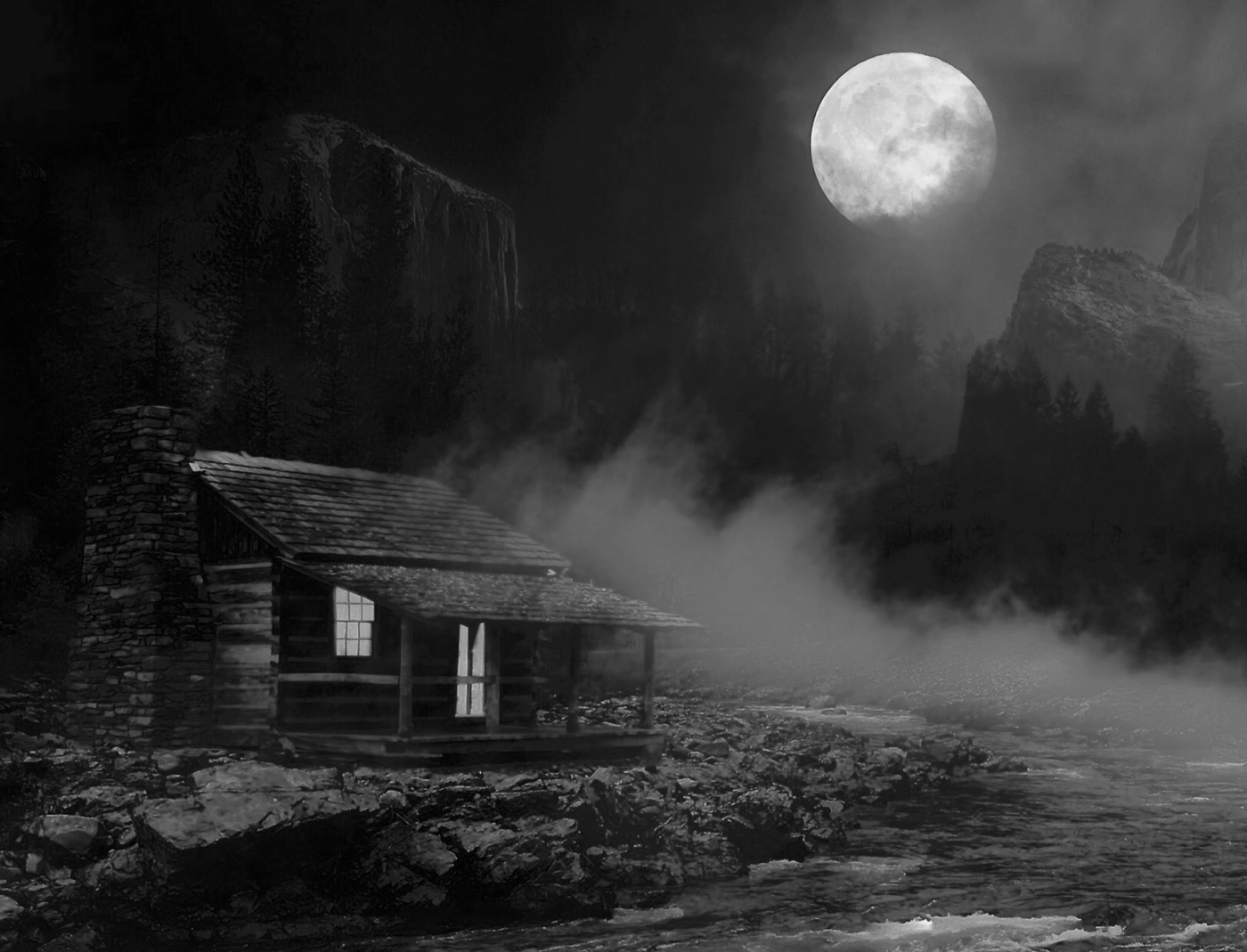 I woke with a start.
The feeling of dread was overwhelming, like an icy hand gripping my heart. Outside, the sun had not yet risen; the pale bluish, white glow from the moon penetrated through the drapes. The quiet was almost deafening as I sat up, and put my bare feet on the freezing hardwood. Quickly scanning the room, I wondered why I was so overcome with fear.
Out in the corridor, the clang from the grandfather clock struck two; The Witching Hour, I thought as the chimes faded into the darkness. Immediately, as if having a premonition, I turned toward the door, and waited.
As if on cue, footsteps began on the far end of the hall. The sound increasing, I suddenly recalled being roused from my sleep every night since moving into this cabin. Tonight, however, felt different.
I listened breathlessly as the footsteps stopped right outside the room. With only the faint light from the window, I watched as a white mist began to materialize. The translucent particles began to take the form of a figure dressed in a vintage gown. From the bed, I could distinctly make out the long sleeves, and high lace collar; the fabric from the skirt billowing behind her. She continued forward, her gait struggled as if she were fighting against invisible ties.
Long, dark hair obscured her features from my view. Unable to move, I watched as she came closer. The temperature around me dropped with each step she took, and little puffs of my breath formed in front of my eyes with every exhale. Soon, she was standing right in front of me, her bony, pale hand reaching up to move the hair from in front of her face. I was mesmerized as she pulled the tendrils away; I was staring directly at myself…
I woke with a start.