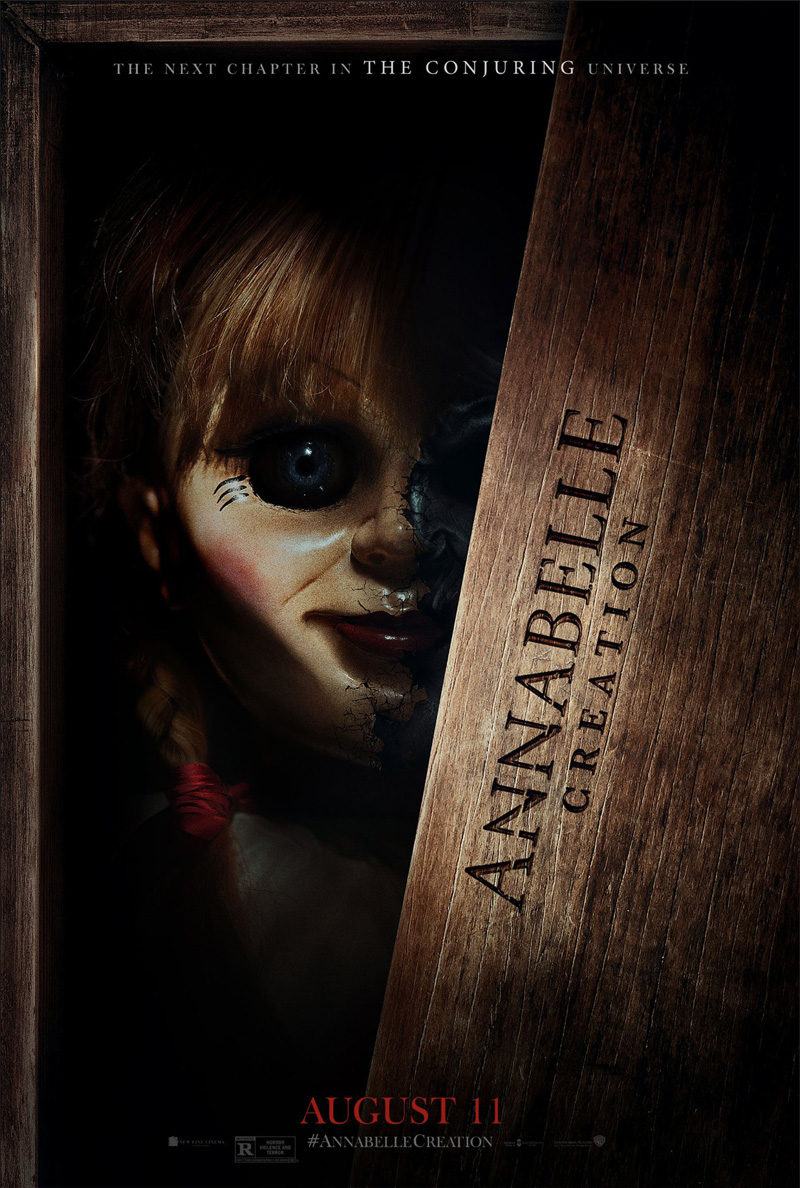 Last night I had the opportunity of seeing a prescreening of the upcoming movie Annabelle Creation, the latest horror movie in the Conjuring series. Based on of the lives of Ed and Lorraine Warren, these movies offer an inside look into the occult and the works of the famed Demonologists.

I know not all people believe in the supernatural, but even if you don’t these movies are good for a scare. The same can be said for this new installment. Without giving any spoilers, I highly recommend seeing this film. It does well to provide a backstory on the “haunted” doll Annabelle in the Conjuring world, and incorporates story lines from the previous movies to round out the series.

Now for the real Annabelle. 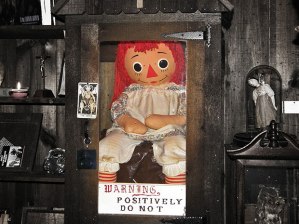 Completely different from her fictional movie counterpart, Annabelle is actually a Raggedy Ann doll. As stated in the book The Demonologist about the lives and cases of Ed and Lorraine Warren, Annabelle tricked the owners of the doll into allowing “her” to move into it. Unbeknownst to the owner, this was not a young child but a demon. Strange things starting happening at this point, and the Warrens were called in to investigate.

With the help of a priest, an exorcism was performed on the residence and the people involved. The Warrens took Annabelle with them, and she still resides with the family in Connecticut. Over the years there have been several stories about occurrences surrounding those who’ve come in contact with this doll.

Every year, there is an event called “An Evening With Annabelle” where they bring Annabelle and other items from the collection to a location where you can experience them. I’ll admit, I’ve wanted to attend this event the last few years but timing never seemed to work with my schedule. This year, the event is being held on August 12 in Connecticut.

4 thoughts on “Annabelle: The Haunted Doll”